(Oceanside, CA) Jan. 10, 2023 – A musical farce full of miscreants. A heartwarming dramedy exploring hard choices. Trills, thrills, and romance. A hilarious holiday experience. Oceanside Theatre Company’s 2023 season offers a chance to smile and laugh over life’s absurdities, hardships, horrors, and traditions with a splash of comedy in every show.  Tickets range from $20 for Preview Nights to $45 for Opening Night with Season Subscription and Group Rates available. They can be purchased through OceansideTheatre.org or by calling the Box Office at 760-433-8900.

An absurd musical full of misfits and miscreants trailing along after a dead man on holiday, Lucky Stiff, written by Lynn Ahrens and Stephen Flaherty, is “Weekend at Bernie’s” meets “You’ve Got Mail!” A co-production of OTC and Scripps Ranch Theatre, Lucky Stiff tells the story of Harry, an English shoe salesman who receives the unexpected news that he has inherited a fortune from his late Uncle Anthony, on the condition that he takes his uncle’s dead body on a special trip to Monte Carlo. If Harry refuses to fulfill all of his uncle’s last wishes exactly, the inheritance will go to the Universal Dog Home of Brooklyn. It doesn’t help matters that Rita, Tony’s lover with whom he embezzled $6 million behind her husband’s back, and her brother Vinnie, who she blamed for the crime, have their own schemes to get at the money. Based on the novel The Man Who Broke the Bank at Monte Carlo by Michael Butterworth, Lucky Stiff is a life-affirming comedy served up with a dash of danger featuring romance, disguises, farcical chases, and an omnipresent corpse.

“We are grateful to kick off our 2023 Season with a continuation of our partnership with Scripps Ranch Theatre, which began in 2018 with Outside Mullingar,” said Alex Goodman, OTC’s Interim Managing Director. OTC’s fourth co-production with SRT, Lucky Stiff is an uplifting musical farce with songs from the creative team of Ragtime, Seussical, and Once On This Island and features several actors who have appeared on our stage over the years including Kenny Bordieri, Kelly Derouin, Bob Himlin, Olivia Pence, Audrey Ward, and OTC Artistic Director, Ted Leib. “We felt it was important to begin the year with a fun and funny musical that will remind our audiences of the joy that theater can bring.”

An emotional, heartfelt drama broken up by poignant moments of laugh-aloud humor, Good People by David Lindsay-Abaire will have audiences debating what it means to do the right thing. Middle-aged Margie Walsh is a nice woman from a poor neighborhood. Some of her friends might even say she’s TOO nice. When she gets fired from yet another job, her landlord threatens eviction.  Determined to keep a roof over her daughter’s head, she turns to a former friend, who made it out of their neighborhood of Southie, as they call South Boston, for help finding a job. From the moment she steps into Dr. Michael Dillon’s office, tensions mount in this reunion of old friends as they navigate the decisions that led them down different life paths.

“OTC initially planned to mount Good People in the Summer of 2020, but those plans were scuttled when the pandemic shut down theaters around the world. This timeless, critically-acclaimed play premiered on Broadway in 2011 and was nominated for two Tony-Awards, including Best Play,” says Artistic Director Ted Leib. “The story poses thought-provoking questions around the classes we are born into, how we struggle to change, obligations to those around us, and what role decisions play in our lives – all ideas that are just as pertinent today as they were when it was written a decade ago. Audiences will enjoy the engaging story full of laughter, surprises and a lot of heart.”

Katrina Van Tassel feels like she’s outgrown the village school in Sleepy Hollow until an unwanted suitor and a fascinating new school teacher change her mind. Unfortunately, her jilted would-be lover isn’t the only obstacle in the way of her budding romance with the new headmaster Ichabod Crane. Shortly after arriving to town, Ichabod is haunted by the Woman in White and learns of the town’s horrifying history and legend of the headless horseman. Can the young couple defy human and supernatural interlopers to find happiness? Welcome to Sleepy Hollow by Heather Megill Reba is a thrillingly updated and romantic ride through one of America’s most beloved tales.

“What better way to celebrate the fall season than with an updated take on a timeless ghost story?” posed Goodman. “OTC is excited to bring back Heather McGill after a successful return to the Brooks with (Not Your Normal) Nutcracker this Christmas. This unique adaptation, originally written in 2011, has been updated with a fun steam-punk aesthetic and a rock n’ roll score. We hope this large ensemble musical will get audiences in the spirit of Halloween with its infectious musical numbers and Disney’s Haunted Mansion-level spooky fun.”

All faiths are welcome to the Annual Holiday Variety Show and Christmas Pageant at St. Everybody’s Non-Denominational Universalist Church, where we’ll believe anything. Unfortunately, none of the acts scheduled to perform have arrived, so three members are pressed into service to perform the entire Variety Show and Christmas Pageant by themselves. An irreverent, yet heartwarming, trip through the holidays, The Ultimate Christmas Show (Abridged) by Reed Martin & Austin Tickenor is a hilarious celebration of our favorite holiday traditions.

“We end our season with a holiday show that is festive, funny, physical family fun as three performers send up and celebrate your favorite winter holiday traditions,” said Goodman. “This show from the team that brought The Complete Works of William Shakespeare (abridged) will continue OTC’s new tradition of offering new, yet familiar, takes on the holiday season.”

Oceanside Theatre Company (OTC), the resident professional theater company operating the Historic Brooks Theater in downtown Oceanside, is a focal point of the Oceanside California Cultural District (OCCD). OTC’s mission is to produce professional theatrical, visual art, and musical productions for the entertainment and enrichment of the community, present educational opportunities in the arts for children and adults, and provide a safe, state-of-the-art public venue for expansion of artistic endeavors in North San Diego County and greater Southern California. OTC produces a four-show mainstage theater season in the 198-seat venue, as well as a Music Series, play readings and various other events in the adjacent black box theater, Studio 219. An important part of OTC’s mission is inspiring and sharing the arts with local youth through the Youth Theater Arts Program, which includes Summer Theater Camps and Youth Theater Arts Outreach in partnership with Boys & Girls Clubs of Oceanside during the school year. To learn more visit www.oceansidetheatre.org.

Performances run Fridays at 8pm, Saturdays at 2pm and 8pm and Sundays at 2pm.

For photos and press credentials: 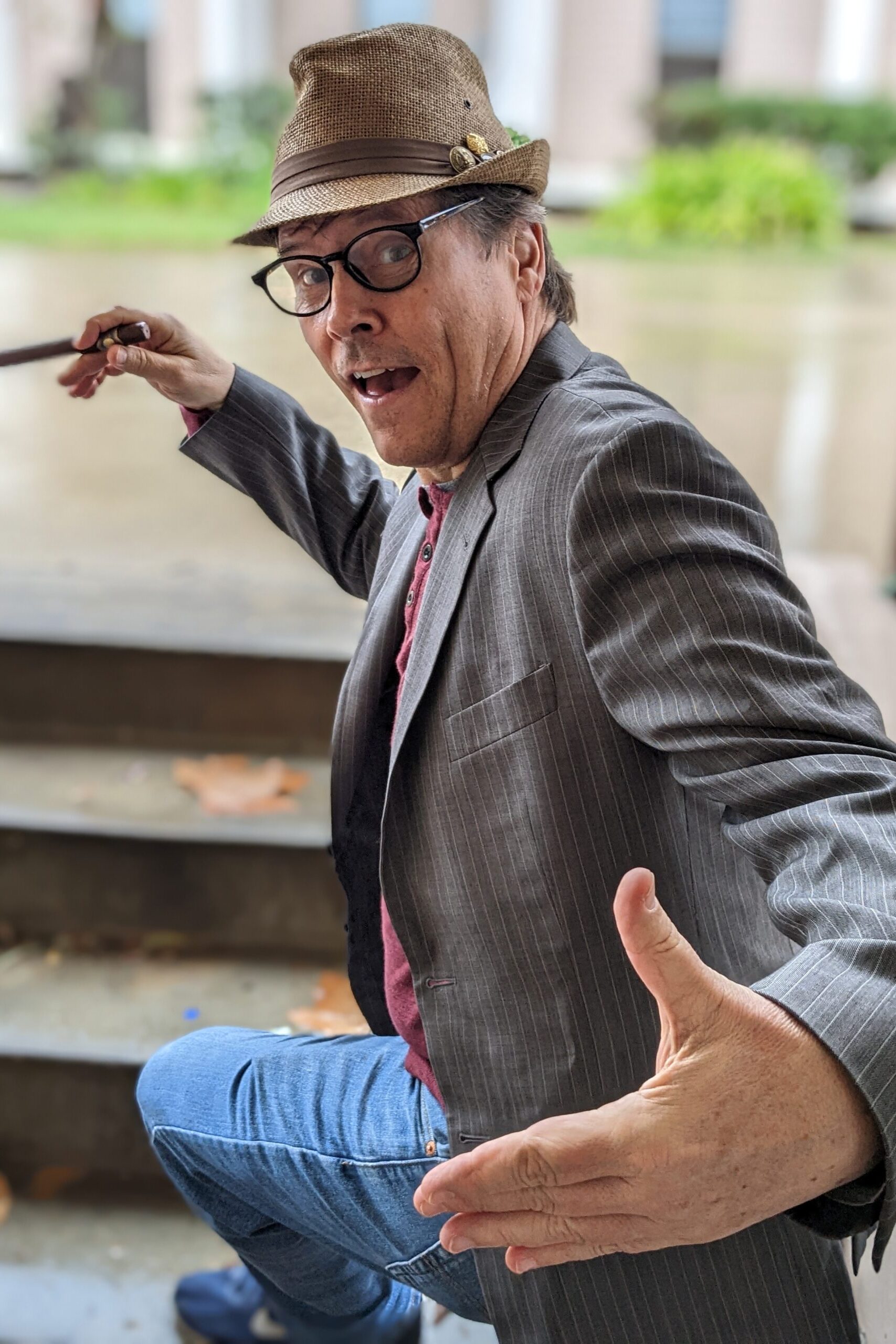 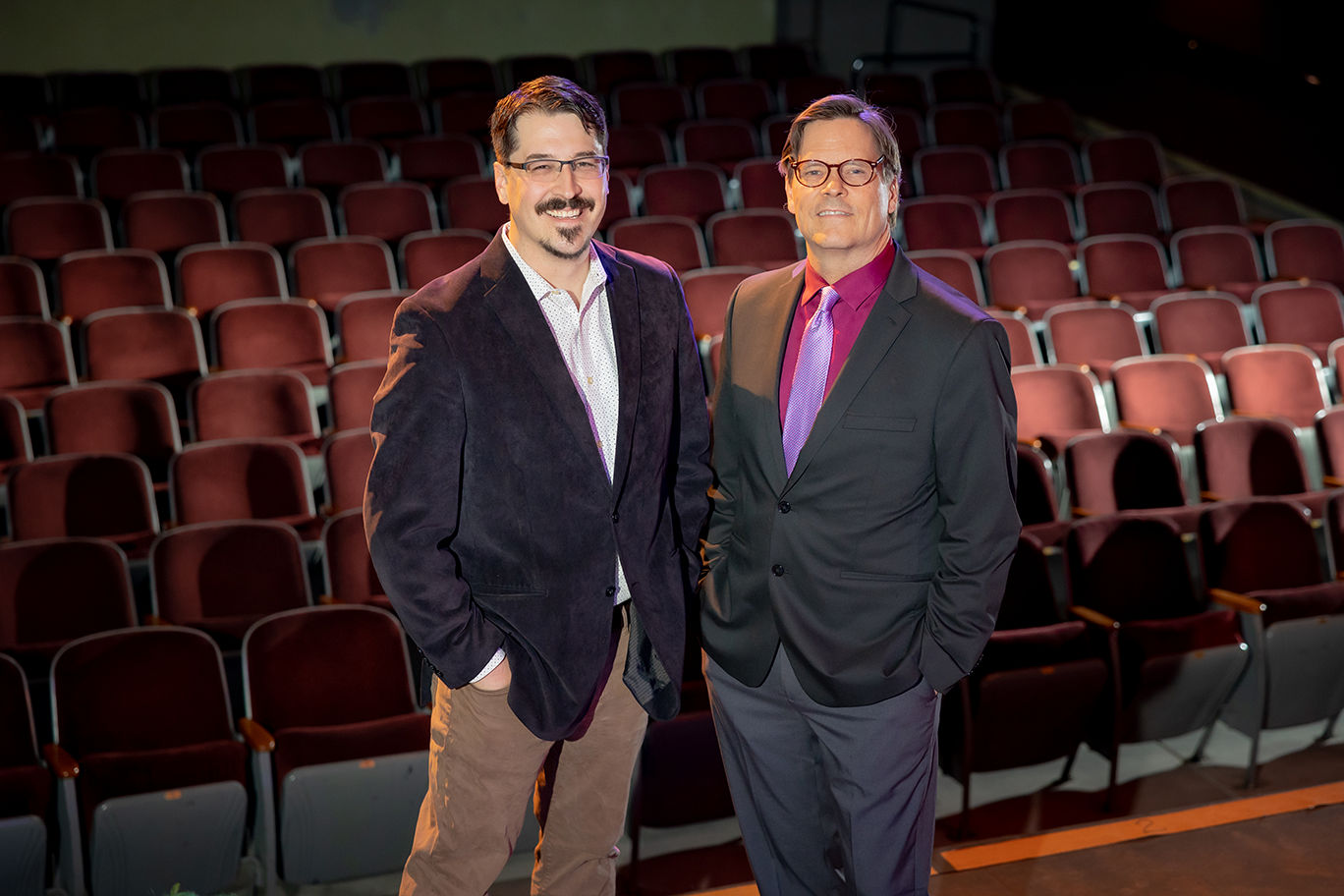