Children ages 8-17 are invited to attend OTCYA’s 2019 Summer Camp, culminating in a youth production of Honk, Jr! Children may attend in one of the three following categories:

Designers (ages 10-17)
Campers focus on set, prop, and costume design and their implementation, including set building and painting, prop crafting, costume crafting, and design work. The Designers camp runs June 17-July 14. If interested in the design camp, campers must fill out an application. Please email camp director Heather Reba at hreba@oceansidetheatre.org, to request an application form. The design camp is limited to 4 students total.

Technical Theatre (ages 10-17)
The technical theatre camp is a one-week only camp. Campers focus on the implementation of technical elements for the production, including running lighting, sound, and working as stage crew. The Technical Theater camp runs July 8-14. 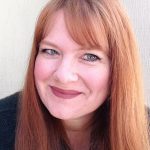 Heather Reba (Director) – Heather is excited to return to OTCYA for her third summer directing the youth summer camp program. Heather has directed with Idyllwild Arts Academy, the University of New Haven, Encore Youth Theatre, Carlsbad Community Theatre, Idyllwild Elementary/Middle School, Hamden Public Schools (CT), Turnpike Players (CT), and Megill & Company, the non-profit organization she founded in 2002 with her sister, Beth Megill. Heather holds her Master’s in Music (Vocal Performance) from the University at Buffalo. She has been on the music and theatre faculty at the University of New Haven, Finger Lakes Community College (NY), and Idyllwild Arts Academy, where she currently teaches in the vocal program. As an actor, she has performed with Moonlight Stage Productions, Performance Riverside, the Welk Resort, Sacramento’s Music Circus, Carlsbad Community Theatre, Starlight Civic Light Theatre, and Tustin’s Broadway in the Park, as well as other local and East Coast companies. Born and raised in Oceanside, Heather currently lives in Idyllwild, CA. 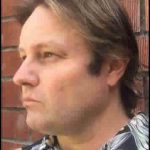 James “Andy” Burton (Musical Director) – James is a teacher, musician, and theater enthusiast. He graduated from UCSD with a bachelors in music, and earned a masters degree in jazz performance from the University of Illinois at Urbana-Champaign. James’ love for musical theater began in childhood where he participated in several summer theater camps and acted in dozens of theater productions in North San Diego County. In addition to acting, he has also played in orchestra pits, and worked within the technical theater domain. This past academic year James taught elementary school music and directed Beauty and the Beast at Aviara Oaks Elementary School in Carlsbad. Youth theater enriched James’ life in an incalculable number of ways and he is excited to share his skills, knowledge, and love for theater with the 2019 OCTYA Summer Camp participants. 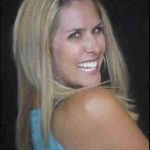 Athena Espinoza (Choreographer) – Athena is thrilled to join the OTC Summer Camp family! As a choreographer, Athena is active with various San Diego based Youth Theatre groups as well as multiple Corporate Cover and Show Bands in the area. For the past 3 years, she has been the Resident Director and Choreographer for the Valley Middle School Choir Department Spring Musical. She has been working as a professional singer and musical theatre actress for over 20 years. She has performed throughout Los Angeles and San Diego counties with multiple theatres, bands, and vocal groups, including voice over work on the hit TV show Glee.  She has performed at Disneyland, Knott’s Berry Farm, Catalina Island Concert Stage, Belly Up Tavern, Cygnet Theatre, and Moonlight Stage Productions. Additionally, Athena owns her own successful vocal projects including The Pin-Ups girl group and the Holiday Hipsters Christmas carolers. You can also find her on YouTube in her musical theatre inspired series, Minute Musicals.

Zach Elliot (Design/Art Instructor) – Zach is thrilled to be returning to the OTCYA. His past work with the youth academy includes Aladdin Jr, Fiddler on the Roof Jr, and Seussical Jr. Zachary works as a scenic artist at MiraCosta College where he received his associates in theatre design and technology. He’s had a growing passion for teaching and is looking forward to allowing the students of OTCYA the opportunity to learn the design process during the summer. 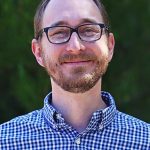