Note: Due to the COVID-19 (coronavirus) emergency, SWEET CHARITY was suspended after only three performances.
More information can be found at OceansideTheatre.org/cvnotice

Inspired by Federico Fellini’s Nights of Cabiria, SWEET CHARITY explores the turbulent love life of Charity Hope Valentine, a hopelessly romantic but comically unfortunate dance hall hostess in New York City. With a tuneful score by Cy Coleman, sparkling lyrics by Dorothy Fields, and a hilarious book by Neil Simon, SWEET CHARITY captures all the energy, humor, and heartbreak of Life in the Big City for an unfortunate but irrepressible optimist. Musical numbers include: “Big Spender,” “If My Friends Could See Me Now,” “Rhythm of Life,” “I’m a Brass Band” and “Baby, Dream Your Dream.”

Alyssa Austin (Dance Hall Hostess / Ensemble) is thrilled to be making her OTC debut with this dream show! She is grateful to have worked throughout San Diego County over the last 3+ years, including at The San Diego REP, ion theatre, OnStage Playhouse, Coronado Playhouse, OB Playhouse, and LEGOLAND California. Favorite recent credits: Carla in Nine, Columbia/The Usherette in The Rocky Horror Show, Judas in Jesus Christ Superstar, and Sheila in A Chorus Line. Alyssa is the founder of women’s empowerment company, PoisedandProfessional.com. @alyssaanneaustin

Kalin Booker (Charity Hope Valentine) is delighted to make her debut at the Oceanside Theatre Company! Recent credits include, Regional: Matilda, Chicago, Mamma Mia (Moonlight). Local: Heathers (OB Playhouse). When she is not performing, she helps run the entertainment at Legoland CA Resort. She would like to thank her friends, family, and coworkers for all their support, along with the artistic team for giving her this opportunity to tell sweet Charity Hope Valentine’s story.

Kenny Bordieri (Ensemble) is a local San Diegan. He is happy to be back with OTC for a second time, previously appearing as Clifford in 2018’s Deathtrap. Other San Diego credits include: Good People (Scripps Ranch Theatre), and Almost, Maine (Vista Broadway). Most recently Kenny appeared in Mamma Mia! And Clybourne Park at the Lyric Rep. in northern Utah. He received training from PCPA and Utah State University. For more about Kenny visit Kennybordieri.com

Anna Duchi (Dance Hall Hostess / Ensemble) has a degree from Humboldt State University in Theatre Arts and Dance, and has been in theater since she was 8 years old. Some of her favorite roles include Inga (Young Frankenstein) and Kate (Kiss Me, Kate). She is currently a Choreographer for Jefferson Middle School, and a performer at Legoland California. Over the summer, you can see her directing for Oceanside Theatre Company and Scripps Ranch Theatre.  She is honored to be a part of this wonderful cast.

Audrey Eytchison (Helene / Ensemble) is excited to be making her OTC debut! Audrey graduated from UC Irvine with a degree in Musical Theatre to pair with her AA in dance. Audrey was last seen as Passepartout in Around the World in 80 Days at New Village Arts. Past credits include: Sister Act at SDMT, Columbia in Rocky Horror Show, Lucy in Avenue Q, Sally in Reefer Madness, Hedy in H2$, and Val in A Chorus Line. Much love to her family and fiancé for all their support. www.audreyeytchison.com

Bob Himlin (Herman / Ensemble)  Sweet Charity marks Bob’s fourth consecutive OTC show, following turns in Man of La Mancha (Padre), Foxfire (Prince) and A Christmas Carol: A Radio Play.  He was featured in the San Diego regional premieres of Spamalot (King Arthur) and The Producers (Roger DeBris) at Welk Resort, All Shook Up (Sheriff Earl) at Moonlight Stage and Side Show (Boss) for Premiere Productions.  Recent local favorites include Baskerville at Scripps Ranch Theatre and Catch Me If You Can (Frank Sr.), Children of Eden (Father), South Pacific (Emile), and Into the Woods (Baker) at Star Theatre. Love to Cathy! @EnginActor

Alyssa (Ajay) Junious (Dance Hall Hostess / Ensemble / Dance Captain) is from Oceanside, California and she is thrilled to make her debut with OTC. She received her B.F.A. in Performance and Choreography from the University of California, Irvine. Alyssa is the founder of Continuum Dance and has presented work at the Oceanside Museum of Art and LUX Art Institute. Professional credits include:  La Jolla Playhouse (Diana the Musical), SDMT (All Shook Up), Legoland Resort, Disneyland Resort, Entity Contemporary Dance Company, PGK Dance Project, San Diego Dance Theatre (Trolley Dances) and Dancing with Our Stars. For more info visit AlyssaRJunious.com

Olivia Pence (Nickie / Ensemble) is overjoyed to return to OTC after the success of Man of La Mancha last year. Olivia was last seen in Around the World in 80 Days at New Village Arts in Carlsbad. Recent performances have included The Little Mermaid, Bernarda Alba, and Cry Baby: The Musical. Olivia graduated from California State University Fullerton with her BFA in Musical Theatre, and has been dancing her whole life. Olivia also works for the Servant Leadership Institute in Carlsbad. Enjoy the show, palsy! www.oliviapence.com

Alex Tanner (Marvin / Ensemble) is thrilled to be returning to the stage OTC again this season! Recent credits include A Christmas Carol: A Radio Play at OTC, Comedy of Errors at SITV, and The Importance of Being Earnest at MiraCosta College, where he is currently finishing up his associates degree in theatre.

Roma Anasazi Watkins (Rosie / Ensemble) is so excited to be making her debut at Oceanside Theater Company. She has loved performing since she was a child, filling her time with as much exposure to performing as possible. She has worked in many facets of the industry including Voice Acting, Modeling, Commercials, Live Theatre, Dance, Teaching, and Directing/Choreographing. She has been able to travel while performing including locations such as San Diego, San Francisco Bay Area, Texas, Vermont, and Scotland. Favorite performances include: Legally Blonde (New Village Arts), How The Grinch Stole Christmas (The Old Globe), Evita (Lewis Playhouse), and Shrek (MET2), and Sugar Plum Fairy and Snow Queen in The Nutcracker. She is grateful for the love and support of her friends, parents, grandparents, and her fellow cast mates!  @romaanasazi

Eden Young (Ursula / Ensemble) is excited to join Oceanside Theatre Company once again. She previously served as ASM as well as understudied Madge and Millie in Picnic (OTC). You may have also seen her as Fermina/ ensemble in Man of La Mancha (OTC), ensemble/ tango dancer in She Loves Me at Scripps Ranch Theatre, Mute in The Fantasticks at Scripps Ranch Theatre, and most recently as Sophie in MAMMA MIA! at the Star Theatre Company. @eden.y

Ted Leib (Director)  San Diego directing credits include Foxfire, Man of La Mancha, Foxfire, Same Time Next Year, Picnic, Boeing Boeing, A Christmas Carol: A Radio Play, and The Musical of Musicals for Oceanside Theatre Company, and She Loves Me, The Fantasticks, Foxfire, and The Dark at the Top of the Stairs for Scripps Ranch Theatre. In Orange County: Pirates of Penzance (STAGES theatre); Bug (Hunger Artists); Bus Stop (Vanguard); Forever Plaid and The 12 Plays of Christmas (Orange County Pavilion).  Ted serves currently as artistic director for Oceanside Theatre Company. 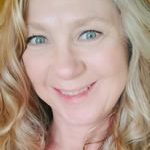 Charmaine Reed (Stage Manager) was most recently SM for Foxfire at SRT and Man of La Mancha at OTC. She is also on the Production Team for The Roustabouts Theatre Company in their third season. Other credits include PSM for the Playwrights Project Young Playwright’s Festival 2017,2018 at The Old Globe Theatre. She has been SM for over 20 productions since 2013. Favorite credits include; Vanya and Masha and Sonia and Spike (SRT), Amazons and Their Men (Diversionary): Intern, How the Grinch Stole Christmas (The Old Globe Theatre). She has a Technical Theatre degree from Palomar College, a B.A. from CSUSM. 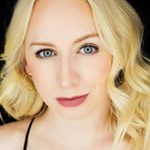 Martin Martiarena (Music Director / Conductor) is a 2018 UCLA ethnomusicology graduate that focused on jazz performance, studying under the tutelage of the legendary Kenny Burrell and Tamir Hendelman. He won the 2018 Aubrey Award for Best Music Direction for his work on Onstage Playhouse’s Spring Awakening. He can be found playing all over San Diego in professional theater orchestras with companies such as The Welk Resort Theater, Moonlight Stage Productions, and Cygnet Theater. Favorite shows he has music directed include Next to Normal and In The Heights. He is also the band leader and bass player for The Rollers, San Diego’s premier rock cover band.

Tara Sampson (Vocal Director) Tara is happy to be back at OTC, this time behind the scenes. Her most recent credits include Fan/Mrs. Cratchit/Charwoman in A Christmas Carol: A Radio Play and Aldonza in Man of La Mancha at OTC; and Ilona in She Loves Me at Scripps Ranch Theater (SRT). She also played Charlyn in Stain, the 1st Place winner at SRT’s 2019 Out on a Limb Festival. Tara is a professional voice teacher, audition coach, and proud alumna of the University of Miami (BFA Musical Theater). www.tarasampsonvoice.com

Bernice Brocious (Costumer) Sweet Charity marks the third show Bernice has worked on as costume designer or costume mistress/dresser for OTC.  Although she has been working in theater for most of her life, both acting and behind the scenes, she has only been costuming for the last year and a half.  A few of the shows to her credit include Hunchback of Notre Dame, Foxfire, A Streetcar Named Desire, Our Town, Tarzan, and Big. She wishes to thank Ted Leib and Oceanside Theater Company for the opportunity to continue in the field she truly loves.

Jeff Wallach (Co-Costumer) is excited to work with this talented cast. Primarily a director/choreographer, Jeff hails from Los Angeles and is thrilled to demonstrate his design skills as well as utilize his vast costume collection within this production. Favorite shows for which to costume design include: Cabaret, Sweeney Todd, Jekyll and Hyde-the Musical, and The Odd Couple (both versions). Grateful for Bridgette (for the recommendation), Jeffrey (for the support), and Bernice (for the partnership).

Sharon Duchi (ASM) has a Masters degree in Education from Old Dominion University.  She has enjoyed Directing and performing in many theater venues and vocal groups in several states.  Sharon was the owner of Act One Community Theater in Temecula for over ten years, and has Directed, Musically Directed, and Produced numerous award-winning productions, including:  Shrek, RENT, Little Women, and many more. Sharon is on the Board for Carlsbad Playreaders, and is part of the production team for Oceanside Theatre Company’s Youth Program.